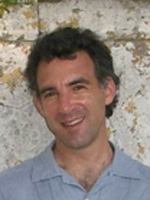 Martín Abadi is Professor Emeritus of Computer Science. He is well known for his work on computer security and on programming languages, including his paper (with Michael Burrows and Roger Needham) on the Burrows-Abadi-Needham logic for analyzing authentication protocols, and his book (with Luca Cardelli) A Theory of Objects, laying out formal calculi for the semantics of object-oriented programming languages.

He is a 2008 Fellow of the Association for Computing Machinery. In 2011, he was a visiting professor at the CollÃ¨ge de France in Paris, teaching computer security.